What is Central Heating?

When it’s working well, we hardly ever think about it – but central heating is an integral part of most homes, especially during those colder months. Connected to a combi, regular or system boiler, central heating transports hot water around the house to keep the temperature just how you like it.

But beyond this, what is central heating? What are the systems it uses, and how do they work? How do you control it? Read on to find out!

As the name suggests, ‘wet’ central heating systems rely on water. The system is built around a boiler which burns fuel to heat water. This hot water is then distributed through a network of pipes.

Often, the pipework feeds into radiators, which heat the room via a process called ‘convection’. This means that the radiator heats air around it, causing the warm air to rise, and cold air to fall. This cold air is heated in turn, and a circulating system of heat energy moves around the room, warming the space.

Sometimes, a wet central heating system may link to a large tank, known as a hot water cylinder. This will depend on the type of boiler you have.

Warm air systems are more popular outside the UK, however they were occasionally installed in Britain during the 1960s and 70s. With a warm air system, the central boiler heats air, usually by burning natural gas or a fossil fuel. It then distributes the hot air to a vent in the floor or wall. The system requires a heat pump on the wall outside to perform the heat exchange. Heated air systems can also double as air conditioning systems, and you’re most likely to see them in large commercial buildings.

Storage heating systems are powered by electricity. They use special bricks, which are designed to hold large amounts of heat. The system is linked to the electricity grid and the bricks are heated at lower-cost, off-peak times: late at night, for instance. They then slowly release that heat over the following day.

Combi, or combination boilers, are usually the quickest, most efficient and most cost-effective option available. They’re able to run the central heating and provide hot water on demand from a single gas boiler unit. Combination boilers heat water instantly, meaning there is no hot water cylinder or storage tank to think about.

Regular boilers, sometimes called conventional boilers, are the traditional system, more typically found in older homes. Hot water and central heating are controlled separately. Regular boilers heat water and store it in a hot water cylinder ready for use in cold weather. The gas boiler itself, as well as the tank, are usually located in an airing cupboard or the attic.

System boilers are incredibly reliable, and typically run without issues for at least 15 years. Like regular boilers, system boilers need a tank and hot water cylinder. They are often the best choice for larger homes with greater hot water demands.

In most cases, heat generation occurs by burning natural gas, and though they do burn fuel, these modern central heating systems have impressively high efficiency ratings. However, if your system boiler is more than fifteen years old, there’s a good chance it is not the most economic or energy-efficient system available. This can mean that when you turn on the central heating, it’s costing you more than it needs to. Find out if replacing your boiler could save you money.

Ways of Controlling the Central Heating

The system you have in your home will affect the way you control your central heating (and hot water).

This is the small box with a dial on the wall, usually in the living room or hallway. The thermostat measures the central heat inside the house and, depending on your selected setting, starts or stops the boiler sending hot water around the central heating system to the radiators.

The programmer is a control panel, located somewhere in the system, giving you control over what time the system turns on and off. Using the programmer is a great way to increase efficiency and reduce your carbon footprint. For a combi boiler, the programmer controls only the central heating. In other systems it may apply to the hot water, heating, or both. Modern boilers use an electric or digital programmer. Older models tend to have an analogue clock which uses pins.

If your system uses a hot water cylinder, there will be a thermostat fitted to the side of this unit, too. It is there for you to adjust the temperature of the water inside.

Central Heating: Warmth When You Need It

Whichever system or controls you have in your home, understanding what’s going on when you flick on the central heating is a great way to save on your energy bills and help reduce the effects of global warming. A little knowledge goes a long way, and getting to know your central heating system means understanding what’s happening behind the scenes.

Is your boiler affecting your monthly bills? Need a new central heating system to stay on top of costs? Get in touch with Bbright today for a quote. We’re here to help with all aspects of home heating. 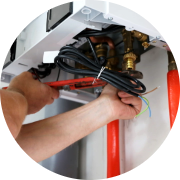 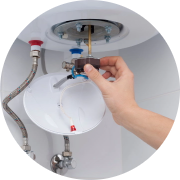 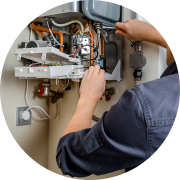 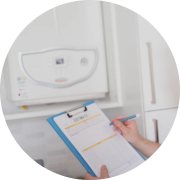